Brides and grooms planning to add beautiful touches to their impending nuptials are being urged to avoid a new trend: releasing butterflies to mark the special event.

The Butterfly Conservation Society is urging couples not to release butterflies on their wedding day, as the soaring trend threatens conservation resources and raises the risk of spreading disease.

Brides and grooms are apparently jumping on the butterfly bandwagon and buying boxes of the insects to be used as what is being labelled ‘butterfly confetti’. Each guest holds a box containing a butterfly, makes a wish and releases the creature in time with the other guests for a picture-perfect moment of beautifully fluttering wings.

However, according to the organisation, butterflies bought specifically for release at weddings may have been kept in high-density cages and, as such, are more susceptible to disease. Meanwhile, many non-native butterflies, such as the Monarch, should not be released in the UK – to do so is illegal.

Speaking to the BBC, survey officer Dr Zoe Randle said: “It’s a growing thing unfortunately but because these butterflies aren’t native to the UK, you are basically condemning them to death.”

Some Monarch butterflies end up in the UK after being blown over on their way to Mexico following the summer months. However, the food necessary to sustain the caterpillars does not grow here, which makes breeding impossible.

Releasing butterflies in this way also detracts from the crucial point that insect populations are declining through loss of habitat, the organisation states.

For a wedding to remember, why break with tradition? Take a look at vintage wedding car hire in Manchester for a beautifully cruelty free big day. 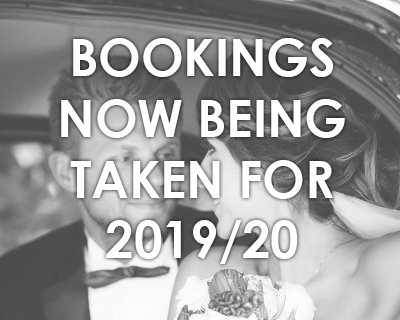